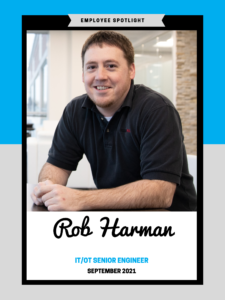 Robert has worked on multimillion-dollar system integrations and factory floor automation projects across multiple industries for over 15 years focusing on troubleshooting and root cause analysis. His team-first attitude and ability to execute projects have made him a tremendous asset to Plus Group for more than ten years.

He graduated with a B.S. in Chemical and Biomolecular Engineering from the Ohio State University and later worked in Quality Assurance and then as a Control Systems Engineer for Plus Group. Science and math came naturally to Rob growing up, and he decided that engineering would be a perfect fit. However, it wasn’t until he was exposed to SQL and software design and development that he became interested in Automation.

As a Project Engineer, Rob spends his day supporting clients, whether by troubleshooting an existing system or working on-site with client teams to keep their systems online and production running smoothly. On future projects. You’ll find Rob jumping in and out of sales meetings, discussing potential projects with his team discussing, or checking in on current projects.
Rob’s favorite part of his job is logically developing a system and seeing the process come to life during startup. In addition, he enjoys the diversity of his career and being exposed to different industries and technologies, and staying on the cutting edge.

Each project is unique, so Rob is constantly mastering new skills and sees each project as an opportunity to learn something. For that reason, it recommends that students take courses from various engineering disciplines. He says that “everything you study will ultimately have to interact or connect with systems from other disciplines… being familiar with the basic concepts of those disciplines will help you understand big-picture sooner rather than later.”

Robert describes Plus Group as fast-paced and flexible. He’s most appreciative of his co-workers, who are always willing to share their knowledge and experience and always have the client’s best interest. 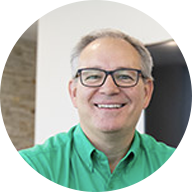